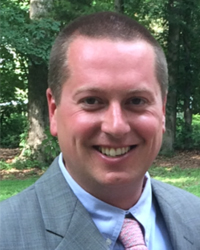 Joshua Snyder originally hails from Wilmington, North Carolina and brings with him over 15 years of trade knowledge and hands-on experience to J&J Painting LLP.  As the son of a general contractor, Josh served under his father’s tutelage for many years and quickly discovered his passion for painting.  While earning his college degree, Josh worked for a large company, where he spent several years as an interior spray paint technician.  Upon graduation, Josh continued to pursue his passion and career in painting, working as an independent painting contractor  His work experience ranges from large contracts, such as one requiring the exterior painting of a 50 unit residential town home community, to smaller, interior paint jobs for individual homeowners.  He has painted restaurants, luxury resort condos, high-end custom homes, furniture, signs, and much more throughout his career.  Taking pride in his work and ensuring customer satisfaction are two adages that Josh takes seriously and brings to the job each day.  After moving to the Boston area and working for years as the foreman for Castle Complement’s Painting Company, Josh decided it was time to realize his dream of starting his own business and co-founded J&J Painting LLP.

Jason MacDonald grew up in Chelmsford, MA and has spent over 14 years working in home renovation, remodeling, and construction.  For several years early in his career, Jason worked with a talented, local painter, acquiring the fundamental skill set and attention to detail needed for the trade.  He then went on to sharpen his carpentry skills, apprenticing for 5 years under a master carpenter and learning to expertly install windows and doors, frame, and build custom cabinets.  Jason’s strong work ethic sets him apart from his peers.  He prides himself on his ability to service the client and constantly and consistently exceed expectations in a timely and professional manner.  A return to painting in recent years led Jason to work alongside Josh at Castle Complement’s Painting Company.  Together, they have worked on a variety of interior and exterior projects and refined their skills in dealings involving new construction projects.